Reopen the abortion clinics? Kentucky’s Supreme Court will rule soon on this question, following the defeat of Amendment 2.

HB3, the Humanity in Healthcare Act, joins the Laws Under Fire list on the KRLA legislation pages. The No-discrimination Law enacted in 2019 and held hostage for three years is now IN FORCE! Read more. 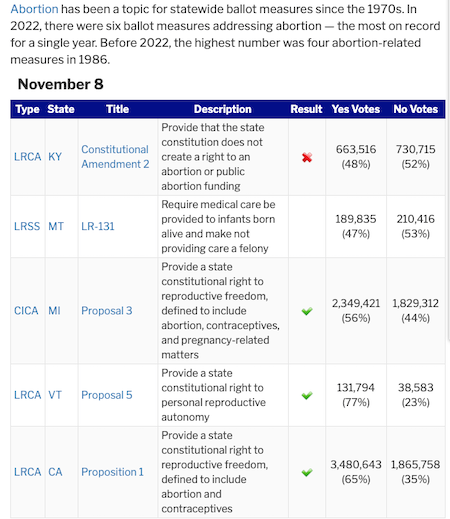 By a vote of 8-2, Kentucky’s Senate Judiciary Committee Thursday passed a measure that would lower the maximum age an abortion can be performed from 20 weeks down to 15 weeks.

Amidst criticism that the bill, SB 321, is not necessary, sponsor Sen. Max Wise said passage is important “because it mirrors a Mississippi law that is currently before the U.S. Supreme Court in a challenge to Roe v. Wade, the 1973 decision establishing abortion as a constitutional right,” reported Deborah Yetter, Louisville Courier Journal.  Sen. Wise said, “If the Supreme Court upholds Mississippi’s law, we would have a law in place.” 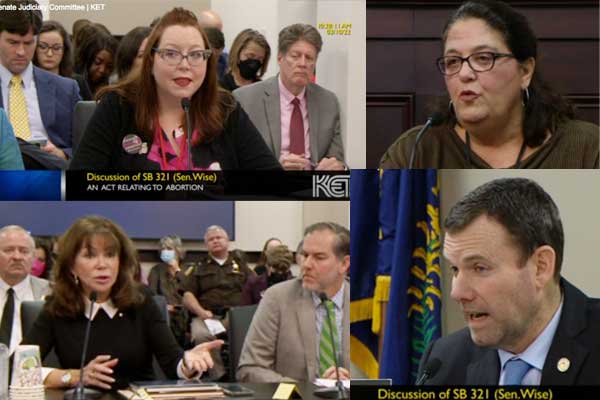 Addia Wuchner, executive director of KRTL, testified as a Ky RN, clarifying when a fetus can be seen on ultrasound to recoil from the a painful stimulus. She noted in the Senate hearing that the bill is “another step as we move forward in protecting those who do not have a voice for themselves, Kentucky’s unborn children.”

Watch the full hearing on KET.org. Passionate pleas from abortion supporters were delivered, but the bill was ‘reported favorably’.

Our celebration about the successful Appeal of the Bevin administration to uphold Kentucky’s Ultrasound Law— was short-lived.

A Kentucky abortion clinic is asking a federal appeals court to rehear an appeal in the case of a state law that requires doctors to perform ultrasounds and show fetal images to patients prior to abortion.

A divided panel of the 6th U.S. Circuit Court of Appeals ruled last month that the 2017 law is constitutional, reversing a lower court judge.

UPDATE | 4/8/19 —A friend on Facebook has pointed out that the Ultrasound Law Appeal Victory is for humanity, morality and for those babies whose lives will be saved— not for a state administration. Good comment! For all who will be helped by this law, we are happy and relieved at this critically important turn of affairs. READ MORE.

The Sixth Circuit Court of Appeals has upheld the constitutionality of the Kentucky law that requires a doctor to show the patient her ultrasound prior to the abortion.

"Bevin’s office called it “a major pro-life legal victory” and said it was a historic day." Read more. Pray for more victories in the court system!

This Appeal’s result shows the importance of having conservative judges. Judge John K. Bush who previously was in private practice in Louisville, Ky., and was president of the local branch of the Federalist Society, wrote the decision. He was appointed to the 6th Circuit Court of Appeals by President Trump. He was joined by Judge Alan E. Norris, appointed by Ronald Reagan, for the 2-1 victory. Thus, we watch with extreme interest Sen. McConnell’s recent move to change the Senate parliamentary procedure that now limits confirmation debate on judicial and executive branch nominees to just two hours, down from the previous 30. Read more.