THANK YOU to all who walked for LIFE! 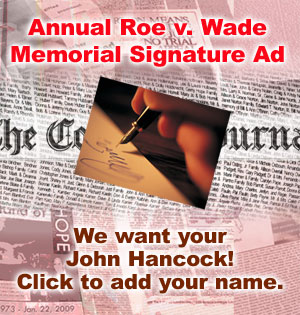 Ninth in a Series: Pro-life Laws Under Attack

Don’t ever think that AG Daniel Cameron is not bearing down on current pro-life litigation.

Behind the scenes, the Office of the Attorney General with its cadre of crack attorneys is working HARD to seize the day for Kentucky’s laws that are held up in the court system because of ACLU-led challenges.

The Heartbeat and Anti-eugenics Laws that passed in 2019 have been expertly defended. As predicted in the eighth post of this blog series, Judge Hale remanded (put off) the EMW/ACLU’s motion for summary judgment on March 9, 2020, pending the Sixth Circuit Appeals Court resolution of Ohio’s “Preterm-Cleveland v. Himes” lawsuit that litigates a right to abortion if based on a fetal diagnosis of Down syndrome.

Hale did so following a concerted effort by five law firms (including the ACLU Foundation-NY, NY) to prevent AG Cameron from continuing the defense of this suit, which was forcefully countered by our AG and three of his attorneys, pictured. Their 12-page brief was masterful! Anyone can read it on the PACER (public access to court electronic records) website.

Their arguments against the EMW/ACLU’s claims that the AG is not entitled to pursue the case are clearly superior and underscore his duty to defend Kentucky Law. It is hard to understand how the case could be decided based solely on how the Sixth Circuit rules on the Ohio Down Syndrome Law.

The Sixth Circuit heard oral arguments on March 11, 2020. We will find out in the not distant future if a pre-born baby who tests positive for Down syndrome is fair game for abortionists in Ohio and Kentucky. This ruling could also determine the fate of Kentucky’s Heartbeat and Anti-eugenics Laws.

Eighth in a Series: Pro-life Laws Under Attack

A New Year’s Prediction: Perhaps the legal case against Kentucky’s Heartbeat and Anti-Eugenics Law will not be decided before Spring 2020.

In a document filed on December 16, 2019 by the Plaintiffs, it is revealed that an ‘En Banc’ review of Ohio’s Preterm-Cleveland v. Himes case has been granted by the Sixth Circuit Appeals Court. The Preterm-Cleveland case was cited by our attorneys in document 47 as relevant to Kentucky’s when Ohio appealed for a ‘full-bench’ (en banc) hearing after the Appellate Court upheld the preliminary injunction against it.

In 2018, the ACLU and Planned Parenthood of America filed a suit on behalf of several abortion clinics and their patients to challenge HB214, the Ohio law that prohibits abortion if based on a fetal diagnosis of Down syndrome. They argued that the law imposes an unconstitutional burden on patients seeking abortions. ReWire News reported:

On October 11, 2019, the Sixth Circuit Court of Appeals affirmed the district court order blocking the law, ruling that it “unconstitutionally inhibits pre-viability abortions based on a woman’s reason for seeking abortion.” Ohio has sought a rehearing en banc.

Ohio’s request was granted on December 13, and the oral argument is scheduled for March 11, 2020. It seems likely that Judge Hale may wait for that opinion before issuing a decision on the Heartbeat and Anti-eugenics laws.

We await new documents to be filed, and will add a post to this series when that occurs.

Sixth in a Series: Pro-life Laws Under Attack

A strategy of pro-lifers in pursuing bills that address varying aspects of abortion is to roll back Roe v. Wade incrementally but surely.

The goal of reducing the number of abortions is perfectly met in HB5 and SB9.

The Plaintiffs state in documents 5 and 6 that SB9 would result in prohibiting 90% of the abortions in the Commonwealth by banning abortion after a fetal heartbeat is detected. This may be an exaggeration.

EMW admits the 6 week LMP fetal heartbeat can only be detected by transvaginal ultrasound; SB9 only requires a standard medical procedure to detect the heartbeat. Thus, it prevents abortion of babies 8 to 10 weeks old. At 10 weeks the unborn child closely resembles the overall shape of a newborn baby though much smaller. (See image in left column on this page.) Thus, SB9 anchors Kentucky’s interest in prenatal life to immutable characteristics of humanity rather than a judicially invented construct. (emphasis added)

Currently EMW aborts approximately 3000+ babies each year. To reduce that number by the percent noted, there would be only 300 abortions — still far too many. But it is a step in the right direction, just as the Fetal Pain bill that passed in 2017 reduced the number because it narrowed the window for abortion to 20 weeks, which had been 23 at EMW.

At this writing there are 51 documents in view on the PACER website, with the latest filed by the Plaintiffs on December 16, 2019. Doc 48 suggests to Judge Hale that a current case, SisterSong v. Kemp (Georgia’s Heartbeat Law), has recently been updated to permit only limited discovery for the defendant, and that a federal district court preliminarily enjoined Alabama’s near-total ban on abortion on Oct 29 (2019).

Doc 50, filed on December 12, cites the wording in the SisterSong v. Kemp case that “[t]he Supreme Court has repeatedly and unequivocally held that under no circumstances whatsoever may a state prohibit or ban abortions prior to viability, no matter what the state asserts to support it.”

Plaintiffs also attached the Georgia Judge’s order, which also states that the State Defendants are permitted in limited discovery to “rely upon ‘legislative facts,’ which are ‘of the type that reviewing courts often rely upon in considering whether constitutional precedents should be overturned….’ ” By attaching this order, it would seem that the Plaintiffs do not believe that Judge Hale will overturn a SCOTUS precedent.

The reason the SisterSong case was cited is that Kentucky’s attorneys argued against Summary Judgment prior to Discovery in part based on that case which initially had specified no limitation to Discovery.

Kentucky has argued for Judge Hale to deny the Plaintiffs’ motion for Summary Judgment based on:

Indeed! What if 4D ultrasounds had been around in 1973? Though ultrasound technology had first been used in the mid-1950s in Scotland, it was well into the 1970s before it became widely used in American hospitals.

As HB 5 was signed into law, we celebrated, but we’re a day behind on this one: World Down Syndrome Day was March 21! This video brings the world’s blindness on this issue into focus.

Late Tuesday night the Kentucky House voted to pass HB5 that bans abortion based on race, color, national origin, gender or disability. No Republican voted Nay. The final tally was 100 to 39, with 25 democrats voting against it and eight House members absent. A Roll Call on the vote is here. The Bill has been received in the Senate.