We use cookies to ensure you get the best experience, to provide social media features, and to analyze our traffic. Learn More.
Schu Montgomery, Opinion contributor | Courier-Journal | Published 6:30 a.m. ET Jan. 22, 2020 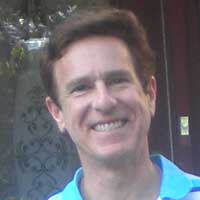 This Friday’s March for Life, held annually to mourn the anniversary of the devastating Roe v. Wade ruling— Jan. 22,1973— remains the grassroots’ single most salutary moment in the struggle to end abortion and restore legal protection for unborn children.

The March’s 2020 theme, “Life Empowers: Pro-Life is Pro-Woman” showcases the 100th anniversary of the 19th Amendment of the Constitution guaranteeing women the right to vote. We know much of the credit for women’s equality at the ballot box goes to Susan B. Anthony and other feminist trailblazers, like Elizabeth Lady Stanton and Alice Paul. What many Americans don’t know, though, is that Anthony and her feminist counterparts were passionately pro-life!

These heroines of the early feminist movement branded abortion “the ultimate exploitation of women.”

They not only recognized the rights of our smallest children (in the womb), but they knew at its core abortion harmed women — physically, emotionally and spiritually. Anthony referred to the “horrible crime of child-murder” when referring to abortion in her publication, “The Revolution.”

Lesser-known feminists of that era, like Dr. Elizabeth Blackwell, the first woman medical doctor in the U.S., said she chose her profession, in part, because of her hatred for abortion. Repulsed that the term “female physician” was applied to abortionists (operating illegally at the time), Blackwell penned in her diary, “The gross perversion and destruction of motherhood by the abortionist filled me with indignation, and awakened active antagonism.”

Like the leading 19th century feminists who opposed abortion for its taking of innocent life, today’s Feminists for Life and their allies view abortion as a major impediment to full social equality. In the words of feminist author and psychologist Sidney Callahan, “Women will never climb to equality and social empowerment over the mounds of dead fetuses.”

Norma McCorvey, the “Jane Roe” in Roe v. Wade, devoted the last 20 years of her life to undoing Roe v. Wade, and “the lies” she said it was based on. Chief among them —being duped into saying she was raped and needed an abortion. But Norma was never raped, and by the time Roe was decided, had already placed her baby (a girl) for adoption.

McCorvey, along with Sandra Cano, the “Mary Doe” in Doe v. Bolton (the companion case to Roe), who deeply regretted her abortion, tried unsuccessfully to get the Supreme Court to rehear the landmark decision, a ruling that legalized abortion through all nine months of a women’s pregnancy for virtually any reason.

Since 1973, more than 60 million babies (half of them girls) have been destroyed by abortion.

As pro-lifers flood the streets of Washington for the 47th straight year, evidence mounts weekly of an industry run amok, with supporters unhinged to the breaking point.

In 2019 alone, 100 reports of assault, vandalism and harassment against peaceful pro-lifers were recorded across the nation.

The ghastly remains of more than 2,400 aborted babies in Hoosier abortionist Ulrich Klopfer’s garage and car trunk surfaced unexpectedly in the fall.

Ongoing attempts to drag the abortion industry out of the shadows, to expose its track record of botched abortions and the scarring of women, has been hampered by a media, by and large, grounded in pro-abortion bias.

In the Louisiana case of June Medical Services v. Gee, to be argued in March, the stories of 2,600 women hurt by the abortion industry will be on trial as the justices consider whether abortionists must have hospital admitting privileges to treat patient emergency complications.

Students for Life President Kristan Hawkins senses what’s at stake: “The Supreme Court now has a chance to reconsider, reverse, and return the issue of abortion to the American people, (where) states should absolutely have the right to pass their own health and safety standards designed to protect women inside abortion vendors.”

Schu Montgomery is a member of the board of directors for Right to Life of Louisville.